The Genesis of Adelheid 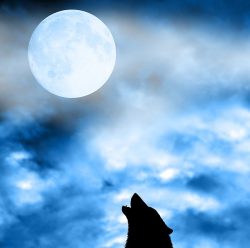 The road to the creation of Adelheid and what is now the Blood Rights Series has been a long one, and with more than its share of potholes. While I’ve already talked about the city building specifics (and touch briefly on them again here), this is more about the evolution of me and the series on the whole.

Some authors have an idea and can type out their stories to perfection inside of a few months. For others, it takes more work. For me and the Blood Rights Series, it’s been almost two decades in the making. Here’s a look at where and how it started, and where it’s ended up.

You could say that an examination of the series is to look at the evolution of a story and an idea.

When I was younger, I read the first three Anne Rice vampire stories, I devoured the Vampire Files by P. N. Elrod (and still count her among my favorite authors), and I loved the Anita Blake series by Laurell K. Hamilton. Of course, I fell off the wagon with Anita Blake when she turned into a raging hypocrite, but she was still a strong influence early on.

I also loved Patricia Cornwell’s Scarpetta, Janet Evanovich and Stephanie Plum, and Sue Grafton’s Kinsey Millhone. (Again, all of them lost me later on in the series, but I inhaled their earlier books.)

So, it was really no surprise when I decided to write a vampire story called “This Shade of Night” as an older teenager.

I believe I was ultimately inspired by Anita Blake and the idea of preternatural legality, though I thought at the time that she was missing a lot of marks she could have been hitting with it. So, I did what many authors do and decided to fix what I didn’t like. I wrote my own story.

At sixteen, what do we really know, though?

I started the series in Salem, Massachusetts, though I don’t live there. (Visited several times, having grown up two hours away.) I made Sadie an investigator for an agency called Preternatural, Unlimited. She was half vampire, half were-tiger. It was set in 2018, fifteen years after the law. (This was around 2003 in my world.) I mangled a half-dozen bits of lore into the story because I thought they were cool, as well as the mystery and romance.

I even self-published through iUniverse. And believe it or not, it met with a decent reception from a magazine reviewer. Of course, that magazine was a trade publication now gone defunct, but still, the story had potential. I wrote two more books in the series, one featuring Dakota the theriomorph hunter and the third back to Sadie. These never went further than friends and family.

Life caught up with me. Marriage, divorce, marriage, changing jobs, changing houses, having a child… You get the idea. I stopped writing for a while and didn’t pick it up again, for good, until my son was born. I had to return to my roots, but this time, I was going to do it right. I decided that more needed to go into it.

I decided to create a new town. I gave it a history. I created a private listing of the location, the businesses, the population, who founded it, and so on.

I researched the Civil Rights Act of 1964 and modeled the path of the Preternatural Rights Act of 2010 after it, calling it Cameron’s Law after the Harvard law student and werewolf (Cameron St John) who pioneered it. I gave the law a history. I moved it all to our timeline to achieve the affect on the setting I had always intended but didn’t make as much sense before.

I brainstormed with a biologist friend to come up with preternatural biology, and chose what lore I’d use. I wrote a guide to the preternatural, which was originally published at the end of every story but now is linked to my website.

I made Sadie the owner of the agency, because she had always been the “anchor” character. I gave her history with Cameron St John, and more about her efforts in bringing the law into being. I put Cameron’s sister Madison as the agency’s secretary and Sadie’s best friend to anchor that history. I made her all vampire, because the half-breed thing just seemed silly. I re-plotted and rewrote, taking elements of the previous drafts but streamlining, tweaking, and making it work better.

Just like a writer, a story can mature. I might have had an okay, or even a good, story when it started but once it had matured and grown along with me, it’s become a better story. And now hopefully it’s a more “on point” one out there in the book market with its new fresh look.

Everything and everything grows up eventually, right? Even vampires.